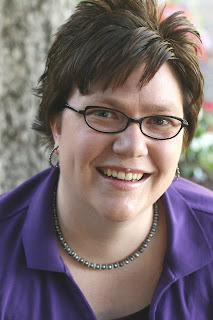 Elana Johnson is the author of Possession, published June 7th 2011 by Simon & Schuster.


Can you tell me, briefly, about your journey to publication?


My journey has been filled with twists and turns, but surprisingly hasn’t been that long. I think this is because of my pitbull nature: Once I sink my teeth into something, I don’t let go until I get what I want. This is both a blessing and a curse.

I began writing in December 2007. I wrote the first draft of POSSESSION (my third novel) in April 2008, in only 17 days. I proceeded to query literary agents with a different novel—and everyone said no. Well over 150 people said no.

Rejection is just part of the publishing business.

So I cleaned up POSSESSION over the course of many months, and began querying literary agents with it. 188 rejections later, I got an offer of representation from my agent. Two months later, we submitted the book to 12 editors. My first response was a yes, so I can say that I’ve never had an editor reject me—which is a good thing, because I had over 300 literary agents do that!

Since the sale of POSSESSION, the journey has been nothing short of a white-knuckled ride on the biggest roller coaster you can imagine. And I’ve loved every minute of it.

What inspired you to write Vi’s story?

I’d just finished a dystopian novel, though I had no idea that was even a genre. I did a bit of research, and found this type of futuristic, oppressive-society, fight against the man type of novel fascinating. Now, I just needed a world for mine.

So I played the “What If?” game a lot of authors play with themselves. And I asked, “What if people had no free will?” My brainwashing society evolved from that.

And from that, emerged Vi, a girl who would give almost anything to be able to make her own choices.

Why do you write for young adults?

Writing is like free therapy for me. It’s a way to empty myself of any and all emotion. And who feels emotion more powerfully than teenagers? Uh, no one. So that age group became the perfect place for my emotional dumping ground.

I love the cover too! I think it’s haunting, because it’s taken this iconic butterfly—a symbol of happiness and freedom—and trapped it in ice. But, there’s a drop at the bottom, and it’s cracked. So the image give the impression that the beautiful thing inside can fight back—and win.

Now the big question: Does Possession have a sequel?

Not really. Once you read the book, I think you’ll understand why a sequel wouldn’t really work.

You recently sold a second book. Can you tell us anything about it?

I did just sell another book. It’s a companion novel to POSSESSION. A companion is just a little bit different from a sequel. The second book will take place in the same story world as POSSESSION, but there will be a new narrating character, with a new story all their own. I will say that the companion novel does have some sequential elements, and you will see some characters in the companion that you see in POSSESSION. I will not say who…

Will there be more than one companion book to Possession?

The goal is to develop POSSESSION into a trilogy, so I think it’s a safe bet to say that yes, there will be a third companion novel to POSSESSION. Again, a companion, not a sequel. If you’ve read Carrie Ryan’s companion trilogy (THE FOREST OF HANDS AND TEETH, Random House), my series will evolve in much the same way.

What is the best thing about being published?

The best thing about being published is seeing my name on the front cover of my book, and knowing that I worked really hard to get to that point.

What is your favorite food to eat while reading/writing?

Chocolate. If I can’t have that, I want sour patch kids.
Posted by Christy at 10:32 AM