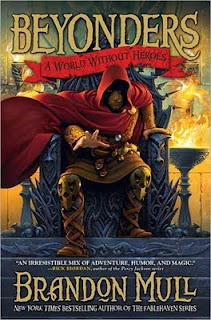 
Brandon Mull’s Fablehaven series was awarded a spot on the New York Times top ten best-selling children's series list. Seeds of Rebellion, the second book in the Beyonders series is scheduled to be out in spring of 2012 and a third will follow in spring 2013.
Posted by Christy at 1:11 PM 3 comments: 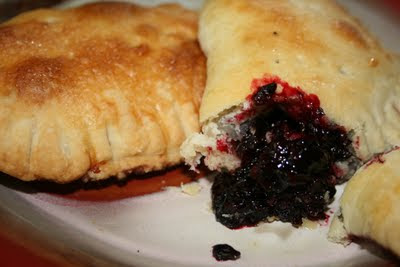 Finding a recipe to match Brandon Mull's books are always a delight. His characters encounter strange and exotic foods on their journeys. In A World Without Heroes (Beyonder #1), Jason encounters lumba berry pie--a delicacy that is so addicting that the diner will never want to eat anything again. The only problem is, lumba berries have no nutritional value and causes the addicted eater to starve to death.

If you don't have access to the land of Lyrian, you can substitute a berry of your choice in these fun mini pies. Note: this crust can be stuffed with any combination of fillings. Try pizza ingredients, empanadas, chicken pot pie, etc.

Mix the butter, cream cheese and cream to combine. Add the flour and salt. Turn the dough onto a well-floured surface. Wrap the dough in plastic wrap and refridgerate at least 30 minutes. In the meantime, prepare the fruit filling (see below).
Preheat oven to 375°. Roll out the dough very thin. Using an upturned bowl cut out discs about 5 inches in diameter. Put 1/4 cup of filling in the center of the disc. Using a finger, paint the edges with the egg white mixture, fold disc over the filling and press the edges down. Seal the edges with the tines of a fork.  Puncture the pie with a fork two times. Brush the tops of the pastry with the remaining egg white mixture. Sprinkle with a little sugar if desired. Bake in the oven for 20 minutes, or until golden brown.

Place the berries in a large bowl, sprinkle with the lemon juice and toss to coat evenly. In a small bowl, stir together the sugar, cornstarch, salt and cinnamon. Sprinkle the sugar mixture over the berries and toss to distribute evenly.
Posted by Christy at 1:10 PM 1 comment:


Phew!  I'm still reeling from all of the information I gathered into my brain at the conference this weekend.  Thanks to all of the wonderful people who put the conference together and volunteered their time.  I had huge breakthroughs in both my novel and my latest projects and I saw so many old friends and made great new ones!

So were you there?  What was your favorite part of the conference?

Below are some photos and just a sprinkling of the great classes I took and what I learned: 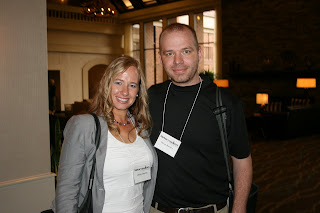 ﻿The only thing that is more fun than attending a writing conference is to do so with my husband Devon.  We have so much fun writing together! 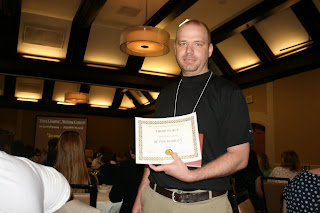 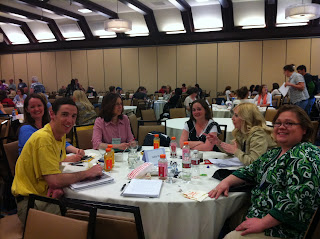 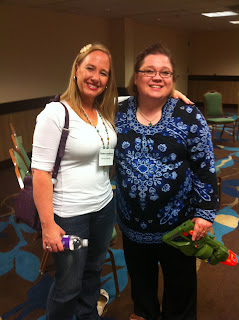 My boot camp instructor this year was Karen Hoover﻿. She was great and the entire group of people have great stories! A big shout out to Chas, Robin, Shelly, Jessica, Brenda and Karen!


From Laura Bingham's YA contemporary class:

YA's are important for teens because we authors can guide them and give them experiences to help them deal with issues they and their friends may be facing.   She gave some great lists that she researched on the internet.  For example:

Top 11 reasons librarians, parents may challenge a YA book:
1-profanity-traditionals and taking the Lord's name in vain
2-sexual activity
3-religion or witchcraft
4-viloence or horror
5-rebellion against parents and authority figures
6- racism and sexism
7-substance use and abuse
8-suicide and death
9-criminal activity
10-crude behavior
11-depressing or negative stories

Sarah Eden's Most Informative Class on Description EVER!

Sarah is funny and just plain entertaining.  She emcee'd the whole conference and she had some really hilarious videos!  I had an epiphany in her class.  When writing description, don't just randomly start describing the surroundings.  Pick something that your character would look at and connect with and describe that thing.  Ta da!  A light went on.  (And I won a cool t-shirt)
Thanks Sarah!

Josi Kilpack's class on launch parties
The best thing I took away from Josi's class is this:  even if you work and sweat to have a book signing or launch and don't sell one single book, you have been meeting people, getting your book in front of people who may tell others or recommend that they purchase your book.  It sounds like hard work, but I'm a believer.

Larry Brooks was our keynote speaker.  I took his class on story structure:
His master class was a whirlwind.  I frantically scribbled notes and will have to take some time to absorb it.  He says that our stories need to have a structure before we can begin.  I am what he calls a "pantser"--someone who discovery writes by the seat of their pants.  Because of that, I am on page 200 of my WIP and now that I know where my story is going (finally) I will have to back and start over.  Larry says that if we structure the story first, we won't have to do that 40,000 word exercise.  Duh!  So easy to see now.
Also, Larry was big on telling the difference between your theme and your concept.  The concept should reflect the conflict and propel the reader to the end.  Every scene should have that concept in mind.   Great stuff here.

James Dashner and Jeff Savage gave a class on hooks, as in the hook in your query letter. James and Jeff are such a funny pair and entertaining to listen to.  They suggest that shorter is better when it comes to your hook and make sure it sounds cool. :) The purpose of the hook is to convince the agent or editor to read a chapter.

Elana Johnson's class on Query letters
Elana is super nice and gave a great class on query letters.  She says that the main reason for a query is to entice the agent to read more. Most of what is in the query should be in the first 30 pages of your novel.  And the query should be between 250-300 words long. She broke the letter into four parts and gave advice for each.  I highly recommend her blog posts about query letters.

That's just a skim of what I learned.  Tell me about your classes!