The Secret by Taryn Taylor


I am so thrilled to tell you about a new release by my friend Taryn Taylor! THE SECRET by Taryn A. Taylor is a Young Adult, Modern Fantasy/Paranormal tale, with a touch of Romance. I just got my copy and I'm excited to read it. Taryn and I went to college together and it's so fun to see what she's created!

Seventeen-year-old Delanie Hart has a past she wants to keep hidden.  Moving to a new state and attending a new high school seems to be just the thing - until she accidentally sees a mark exactly like her own.  When the people she is running from come after her, Lanie is left with a choice - give up what she wants or save her friends. 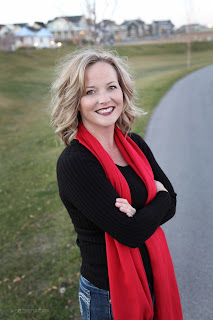 Buy it at: https://bigworldnetwork.com/site/store/thesecret/
or on Amazon.

About Author:
Taryn A. Taylor grew up moving from small town to small town every few years.  This helped her gain an appreciation for good books, loyal friends, and the fact that a home is a lot more than a house - it's the people that love you.  After receiving a B.A. in English and an M.A. in Communications, she finally began putting all of her stories down on paper, finding it most helpful to eat chocolate during this process. In between raising four amazing boys she loves to go on dates with her husband and watch movies late into the night.