Visions of death plague Jayne, who thinks watching her boyfriend die is the worst that could happen to her. But when she witnesses a murder, Jayne finds herself caught up in a dangerous world of intrigue and suspense.

As it turns out, she is not the only one doing the stalking. The killer is on to her, and all of her visions of the dying don't reveal how her life will end. Somehow, she must stop the murderer before he arranges Jayne's own inevitable death.


After an awesome ebook launch on Facebook, Tamara's trying hard to top that with the paperback. So here's the plan:

1) For the entire month of March, every comment on Tamara's blog gets entered into a drawing to win a HARD COPY of one of her books. (You get to choose which one!)

2) Leave a comment on THIS BLOG for a chance to win ALL of her young adult ebooks!

3) Enter the Goodreads Giveaway for another chance to win Inevitable.

Giveaway ends April 02, 2013.
See the giveaway details at Goodreads.
Enter to win
4) If you SPREAD THE NEWS, whether it's on your blog, on Facebook, on Twitter, or just plain word of mouth, you'll be entered into a drawing for a $50 Amazon OR Barnes and Noble gift card. Email Tamara at tamarahartheiner dot com and tell her how many times you did it, and you'll be entered into the drawing that many times! 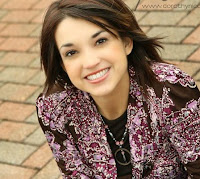 About the author: I live in Arkansas with my husband and three children, two crazy boys and one pretty little princess. I used to spend a lot of time writing until I had a baby and discovered Facebook. Now you'll often find me on there pretending to have a social life.

I am the author of three young adult suspense novels, PERILOUS, ALTERCATION, and INEVITABLE. You can find out more about what I'm writing and catch deleted scenes from my books on my blog at http://tamarahartheiner.blogspot.com.