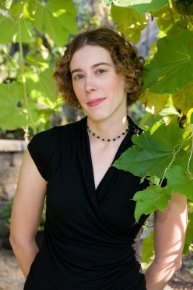 Today we are talking with Eilis O'Neal (pronounced A-lish), author of the fantasy novel The False Princess, published by EgmontUSA January 25, 2011.  On a side note, I just love Eilis' name-it's Gaelic. To see my review of this fabulous book, click here.

Why write? What fuels your writing?


I think the most basic answer to why I write is that I love to read. I'm one of those people who takes a book everywhere—and I've been that way since I was a little kid. I remember going to visit my grandparents as a pre-schooler with a bag full of books over my shoulder. I love stories, and I started making up my own at an early age. So that impulse has always been part of me—I literally can't remember when it wasn't. When I'm not writing, I feel wrong somehow.
What books have had the greatest impact on you and your writing?

If I had to pick just one set of books, it would be Tamora Pierce's Song of the Lioness books. I first read those when I was twelve, and they had an enormous impact on how I saw myself as a young person. But close followers would have to be Diane Duane's Young Wizards series, which has as a great, smart heroine in Nita, Robin McKinley's The Hero and the Crown, and Lloyd Alexander's Westmark series. All of them have such strong female characters, and that's really important to me as a writer.

What prompted you to write in your genre and age of audience?

I read all the books I mentioned above—and many more—between the ages of about 11 and 16. But they weren't just a way to pass the time; they changed the way that I looked at the world and at myself. They made me feel stronger, more sure of myself. If I could do that for even a few teens or preteens, that would make me feel like I'd done something worthwhile with my life. On a less heavy note, writing for young people is just more fun than writing for adults, at least for me. Younger readers really connect to the characters they care about, and they really get into good stories. As for why fantasy, honestly, it's the world I wish I lived in. Since I can't, I write about it. 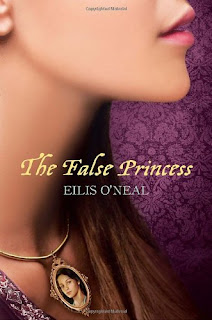 Are the characters or story of The False Princess based on experiences or people in your life?

The character in the book who's most closely based on a real person is Sinda, and she's most closely based on me as a teenager. As soon as I started writing Sinda, I knew that she wouldn't be a typical princess. She's shy and quiet, a huge reader, and someone who sometimes isn't sure of herself yet. Which is basically me as a young person. It was very easy to tap into Sinda's insecurities, because a lot of them mirrored my own. Happily for her, she comes into her own a little quicker than I did—I was in college before I really felt sure of myself!

Can you tell us about your current project(s)?

I do have a new project, but I'm going to punt on this question, as it's still early days in it. I do a lot of my writing by feel, instead of major outlining, and anything I say about it is liable to change before it's finished!

What advice do you have for those of us who are struggling through writing our first novel?

My biggest advice is to keep writing. Write every day if you can. Just the act of sitting down every day and writing will get you into a groove that will make the days when inspiration seems far off a bit easier. Also, read everything you can in the genre you're writing, and then a lot that is outside it. If you don't like a book, figure out the reason you don't like it. Find people whose opinion you trust and ask them to read your work and offer an honest opinion, then learn how to take their critiques and use them to make your book stronger. Remember that rejection is something every writer goes through, and that perseverance and a thick skin are key to being a writer.

Honestly, I do a lot of my writing in the early morning, so I don't do a whole lot of snacking while writing. But sometimes I'll snag a few peanut M&Ms or other small bits of chocolate if I need a pick-me-up.

Thanks Eilis!  Good luck with your next project.
Posted by Christy at 12:24 PM