Interview with Sonia Gensler, author of The Revenant 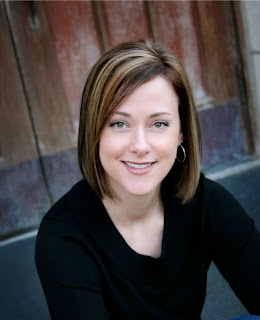 Please welcome Sonia Gensler, author of The Revenant.  The Revenant will be available through Alfred A. Knopf on June 14, 2011.
Read my review of this great read here.

What inspired the story of The Revenant?

I’ve always had a thing for girls’ schools – particularly19th century finishing schools that were daring to rival boys’ schools in the their level of academic sophistication. During a summer gathering in Tahlequah, OK, one of my critique buddies pointed out Seminary Hall (now part of Northeastern State University) and explained that it once was a Cherokee boarding school. I hadn’t known the Cherokee Nation built such a sophisticated school for their girls, and I had to know more. (You can learn more here.) Turns out there is a ghost story associated with the school – NSU graduate students conduct ghost tours every October – but I wanted something a little sexier and more shocking than the ghost of a former principal wandering around the school.

Tell us about your journey to publication.
It took me a few years to finish my first novel. When I was teaching high school English I just never seemed to have the time or energy to get a lot of writing done. But after I pitched my unfinished novel to a few agents at a writing conference (eeek!), I knew it was time to wrap that story up. Fortunately I had an excellent student teacher at the time – a young man who was ready to handle my classes on his own after a short time – so while he taught I went to the library and typed my brains out. That novel generated a little interest, but ultimately it was my second novel that got me an agent. When that novel didn’t sell, I panicked and wrote another novel entitled The Revenant. It was a November 2008 NaNoWriMo novel that sold in May 2009.

Do you have any current writing projects? Can you tell us what they are?
I’m working on a couple of gothic mysteries – one set in the early 20th century and the other set in the 30s. We’ll see which one my editor likes best!

Does your family enjoy your writing?
The only member of my family who reads my writing is my husband, and he enjoys it. However, when he’s not enjoying a particular scene, he’ll let me know. He’s been great about giving constructive feedback, and he’s amazing when it comes to bouncing ideas around. If I need some help untangling a snarled plotline, I go to him.

What is your favorite food to eat while writing/reading?
Does tea count? I really like to have a cup of steaming black tea (with milk and sugar) when I sit down to read or write. Maybe a ginger cookie to go along with it?
Posted by Christy at 10:44 AM