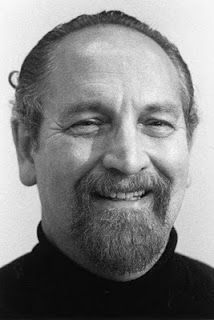 I am thrilled to share with you an interview with Mr. Allan Shickman, author of the books Zan-Gan: A Prehistoric Adventure and Zan-Gah and the Beautiful Country.  These refreshing books are a great summer read and an excellent pick for reading aloud as a family.

1. Congratulations on receiving the Eric Hoffer Award. What was your reaction to this and other honors you have received for the Zan-Gah books?


Thanks. The writing field is a bit over-awarded, but it seems that we need whatever validation we can get. One author I know of named an award after himself and stuck it on the cover of his book. It’s a big, gold seal, and his opus looks like a prize-winner. Real awards can be very competiitive, and I am proud of those I have received. The Mom’s Choice Gold Medal for Series is one. Despite the furious intensity of the Zan-Gah books, Mom’s Choice saw the social value of my work. Their award is for “excellence,” and says “family friendly.” I’m very pleased to have it.

2. I noticed that you wrote an article based on Shakespeare’s King Lear. Have Shakespeare and other authors influenced you in your writing?

Shakespeare and Milton taught me to thunder. It comes in handy in my writing, but my wife....Anyway, I sometimes borrow a word or two from Shakespeare, Milton, and others. I like expressive language and imagery. Dostoyevsky taught me that good characters are ones that readers care about. “I swear by God and the dreadful Day of Judgement I am not guilty of my father’s blood!” Can you beat that? Don’t read Zan-Gah. Read The Brothers Karamazov..

3. What prompted you to write a prehistoric fiction?

Travelling for hours over the arid regions of the American West, and not seeing a soul made me wonder how the pioneers managed to cross it. I was inspired to write a tale of survival, and I decided that the prehistoric period would present even greater difficulties for a traveller. I liked the period for its elemental character—earth, water, sun, rocks, shelter, bare feet.

4. Do you plan on writing any more about Zan-Gah or the prehistoric time period?

5. What does your family think of your writing?

I’m pleased to say that they love it, adore it, and think the Zan-Gah books should be made into movies. Unfortunately, my family doesn’t own Disney or Pixar. I get siblings and inlaws to proofread, chapter by chapter, and eagerly await their reactions of awe and astonishment.

6. Are the books based on any of your own life experiences?

Yes, and sometimes they are quite ordinary ones. For example, about twenty drummers get together at a local plaza around my house on Sundays and drum their hearts out on bongos, sticks and bells. It really sounds great as it progresses from tip TAH tip TAH to the richest and most complex rhythms. I used that for the lion hunters in the first Zan-Gah book. Literary experience is important too, and sometimes pops up in unlikely places. Of course I do research as well. I found out that some tribal societies are in terror of twins, killing them and their mother at birth (not the father). That sure came in handy for Zan-Gah. I already mentioned my travels in the West. I really did see a great chasm, stone arches, and red water and rocks.

7. Why do you write for young adults?

Because I like the little buggers. I have a bunch of nephews and nieces, and those wild young savages are dear to me. Theirs is a receptive age, soon to be lost to the hormones.

8. How long does it take you to write a book?

With some variation, I would say that the dreaming and note-compiling takes a year or so; the writing about three months, and the editing and rewriting requires about six months. Darned if I know why I do it.

I have already mentioned my main project, the writing of a new Zan-Gah book. I am a little afraid to talk too much about it, for fear that I will talk instead of writing. I’ll say this much: The story continues with Dael’s self-imposed exile, as he seeks some sort of redemption or resolution of his shattered life. He will go to live with the crimson people (introduced already in Zan-Gah and the Beautiful Country). I think I’ll call it Dael and the Painted People, but I have to write it first. Also, I am deeply immersed in my tomato garden and my war against the squirrels. Sounds like another book coming on? The War of the Squirrels.

10. Do you have any advice for unpublished writers like me?

Find another line of work. The writing is fun, but selling and promotion are the very devil. However, if you are one of those people that can’t stop writing (or painting or sculpting), it is your fate to be an artist, and you may as well accept it. I know a really excellent writer who has never published any of her books, and has pretty much given up trying, but she continues to write wonderfully well. Maybe if you persist you will have better luck.

OK, here is some advice for beginners: (1) Keep notes of your ideas, large and small—always, everywhere. I like 3 x 5 cards because they can be sorted and put in order. (2) Edit, edit, edit, rewrite, rewrite, rewrite! Only Mozart could get it right the first time. The rest of us can’t. (3) Read good stuff, not garbage. Remember, you are what you eat.
Posted by Christy at 1:51 PM