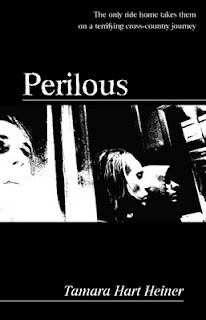 Food to eat while reading: Pickles in a Pinch

Perilous is the type of adventure book that I like to cozy up with when I want to escape from the world for a while. Fast-paced and intriguing, Perilous explores hard issues in a way that readers of all ages can enjoy.


Tamara Hart Heiner's book is brand new.  I am a part of her blog tour. Yesterday's blogger is Ann Best

and tomorrow you can go over to Christine Bryant's blog. 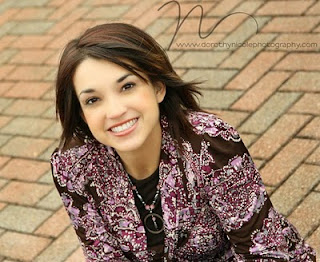 Tamara is holding a few great giveaways.  If you post in this or any other review on the tour, you can win a copy of the book.  Also, you can win a Kindle if you are helpful in spreading the word about Perilous.  Visit Tamara Hart Heiner's blog for more info.
Read the synopsis of Perilous here.

The main character and point of view in Perilous, by Tamara Hart Heiner, is Jacinta Rivera. Heiner successfully alternates the point of view between Jaci and Detective Carl Hamilton, the man who has been given the task of finding Jaci when she is kidnapped by thieves from the local mall. I appreciate knowing both points of view. Somehow it makes me fell smart-knowing information that the character I am reading about hasn’t found out yet.

Jaci is Hispanic and I got very interested when I entered her home and interacted with her family. I love that her heritage and background are portrayed here. By the end of the book I was disappointing that her heritage did not come up again or play a role in the story. It would have been neat to see Jaci use her knowledge of her ancestry or ethnicity to her advantage--pushing the story forward and helping her out of the situation.

Detective Carl is a nice contrast to the teen storyline and I love his choice of brain food-pickles. I enjoyed his internal dialogue and his relationship with his wife. The only thing lacking in Carl’s storyline is a dynamic change from beginning to end. I did not see how following Jaci’s case changed him as a person.

I enjoyed the banter between the girls at the mall before the kidnapping occurs. I could have read a few more chapters of Jaci’s life before the capture and felt surprised when the event happened so soon in the story.

There are quite a few teenage females to keep track of in the story and they all started to blend together for me. Because of what happens to Sara, I was able to separate her from the others in the middle of the book. Again, I am disappointed in the lack of change that I saw in the girls. I wanted to get into Jaci’s head and really see how the events affected and changed her by the end of the story.

The twin boys, Neal and Ricky, add another layer to the story and introduce a bit of romance. Because Neal is introduced first, I became quite attached to him and I saw Ricky as immature and irresponsible. Later in the story I found it confusing when Jaci began to vacillate in her interest between the two boys.

Some of the scenes felt contrived to me, such as Jaci’s rescue at the river. And yet other scenes that might have felt artificial (including their ultimate rescue in the end) made me want to believe in miracles.

The ending felt abrupt and I didn’t get a sense of completion. There is a sequel coming out to Perilous and I realize that there needs to be a few loose ends, but I still wanted that missing catharsis.

I am impressed with the way Heiner is able to write a story about harsh topics that face teens today, such as murder and rape, but in a way that any parent would want them presented to their teen. The events that happen in the book are dealt with, but not played out in detail or dwelt upon in a way that would make a reader uncomfortable.

Where I got the book: ebook from the author*

*I received only a copy of the ebook as compensation for my review.
Posted by Christy at 11:54 PM