How to Outline a Mystery - Guest post by Marlene Bateman 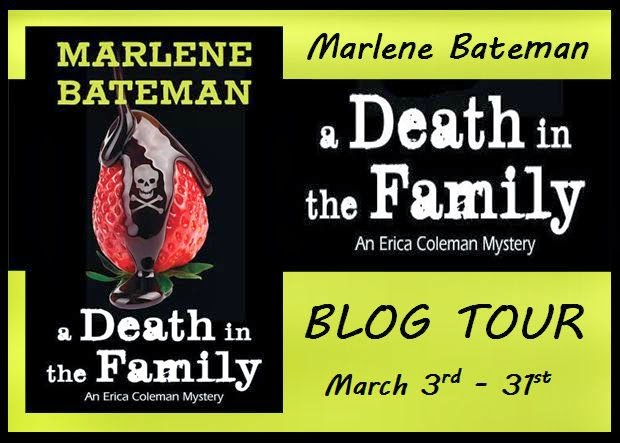 Outlining Process for a Mystery
by Marlene Bateman

For my last two mysteries, I’ve used an outlining process I found in the book, Story Engineering—Mastering the Six Core Competencies of Successful Writing, by Larry Brooks. I want to give full credit for the following to Larry Brooks. He has excellent ideas for outlining books and although I’ve tweaked some of them a bit to apply more specifically to writing mysteries, they help me set up my outline so that I cover all of the basics. Before we get into the actual outline, you need to know that there are four parts to a book.  Keep these things in mind as you outline.
Part One is the set up.  Don’t stuff too much into the set up. The mission for part one is to: 1. Set a killer hook. 2. Introduce your protagonist so the reader empathizes with him. 3. Establish what is at stake. 4. Foreshadow events to come.

Part Two is the response of the protagonist to the situation. He must show a reaction to the antagonistic force, which in the case of many mysteries, is a murder.

Part Three is where your protagonist becomes more proactive and attacks obstacles. Some new information enters the story. He hatches a plan, enlists assistance, demonstrates courage, and shows initiative.

Part Four is the final act and the resolution. The protagonist demonstrates creativity and solves the mystery.

Each of the four parts of your story has specific elements—milestones—within them. Each milestone has a specific mission and function that must be present.  These milestones are points in your story where new information becomes available and changes the direction, tension and stakes. They can be huge or small. Keep all of the following in mind as your write your outline;
1.     The opening scene or sequence of your story
2.     Be sure to have a hooking moment in the first 20 pages
3.     Have the First Plot Point (explained below) at approx. 20-25% of the way through the story. The first plot point is when everything changes. The protagonist does things she hasn’t done before (trust, grow, change, speak, attack). The opposition grows darker and everything must stop until the problem is addressed.
4.     Add the First Pinch Point, which  is an example or reminder of the antagonistic force. Pinch points are like snacks between main courses of the three plot points. They can be very simple, like a person beating a captive for fun, or showing the ex in Aspen with new lover.
5.     Create your midpoint moment. This is a context-shifting scene that comes halfway through the book. With this new information comes understanding. This midpoint moment is a catalyst, which activates new decisions, behaviors and actions.
6.     Put in a second Pinch Point at about five-eighths mark or in the middle of part 3. Remember that some pinch points may need a set up scene. For example, the protag messes up, but the actual pinch point occurs later when a person asks the protag about it.
7.     Have the second Plot Point come about 75% of the way through the story. At this point the last piece of puzzle is given and/or information is given that changes the story, accelerates the protagonist’s ability to solve the crime.
8.     The final resolution scene or sequence.
Beginning to Outline
Now you are ready to begin the actual outline. To do this, you will create a “beat sheet.” A beat sheet is a short, bulleted description that defines each scene in your story. This is done prior to writing any scenes.  To begin your beat sheet, write a word or idea for each of your 60 beats. Then, expand each beat to a descriptive sentence, and then into a summary paragraph of the scene. Only later comes the real work of writing each scene.

If you have 60 scenes, create a beat sheet with sixty entries that describe the mission and content for each scene. This is done while keeping all of the above story elements, plot points, and pinch points in mind. When you are done, you’ll have a simple, but detailed outline. Outlining this way will allow you to create the proper story architecture. You’ll end up changing things as you write, but you’ll do so with an outline that already works. By outlining with a beat sheet and including the elements described above, each scene will be pre-wired to be in the right place at the right time, allowing you to make the most dramatic impact possible.

In his book, Larry gives the following example (which will need to be tweaked for writing a mystery); What if a man finds out his wife is having an affair, and in the course of trying to learn more about it she is murdered, with all signs pointing to him as the killer?  He must escape the police and the actual killer long enough to prove his innocence and expose the truth.

Beat 1;  Prologue—preview of forthcoming problem.
Beat 2;  Intro character and his life prior to facing problem.
Beat 3; Show character’s present pre-First Plot Point life, what his stakes are.
Beat 4; Off-stage flash of approaching antagonism. (Foreshadowing)
Beat 5; Hero’s first hint of inner darkness.
Beat 6; Hero timidly confronts that darkness, we see it is his Achilles’ heel.
Beat 7; Hero is warned to stay away, doesn’t know what this means.
Beat 8; Hero confronts the impending jeopardy without knowing the stakes.
Beat 9; Hero is falsely reassured
Beat 10; Hero doesn’t buy in, goes stealth to see for himself
Beat 11; Major darkness thrust upon him, everything changes
Beat 12:  Hero finds himself unjustly accused

Synopsis of A Death in the Family:

Meet Erica Coleman—a gifted and quirky private investigator with an OCD-like passion for neatness and symmetry, a penchant for cooking, (ten terrific recipes are included), and a weakness for chocolate.
In A Death in the Family, the second in the Erica Coleman series, private eye Erica Coleman and her family happily anticipate Grandma Blanche’s eighty-first birthday celebration in the picturesque town of Florence, Oregon. But when the feisty matriarch, a savvy businesswoman, suspects wrongdoing and asks Erica to investigate her company, things get sticky.
Before the investigation can even begin, Blanche’s unexpected death leaves Erica with more questions than answers—and it is soon clear Grandma’s passing was anything but natural: she was murdered. When another relative becomes the next victim of someone with a taste for homicide, Erica uses her flair for cooking to butter up local law enforcement and gather clues.
Erica’s OCD either helps or hinders her—depending on who you talk to—but it’s those same obsessive and compulsive traits than enable Erica to see clues that others miss. When she narrowly escapes becoming the third victim, Erica is more determined than ever to solve the case.

Excerpt from A Death in the Family:

“It’s hard to believe she’s gone,” Kristen said dolefully. “When I moved here, I thought I’d have years with Grandma. She was always so active—I thought she’d keep going for years.”
“And all the time, her heart was getting weaker,” Trent said glumly.
Walter commented, “The last time I saw her, Blanche said the doctor told her she had the constitution of a mule.”
There were a few smiles at this, but Martha’s brow furrowed in confusion. “But Mom’s death didn’t have anything to do with how healthy she was.”
“What are you talking about?” Trent’s impatient voice billowed out and filled the small room.
Martha squirmed but fluttered on, “Well, after what Mom said when she came to visit me, you know—about how something wrong was going on in the company—I worried that something might happen.”
Her response reverberated around the room. Everyone went very still—as if they were holding their breath.
Martha’s eyes went from one to another. “I didn’t mean—oh, I shouldn’t have said anything,” she stammered. Her voice was pure distress. “It’s just that . . . well, we’re all family here, so it’s okay, isn’t it? I mean, no one else knows.”
“No one else knows what?” Trent said brusquely.
Visibly flustered, Martha’s hands twisted in her lap. “And . . . and Mother was very old and—and the police haven’t even come, have they?”
Erica wondered what Martha could be getting at. Everyone darted quizzical looks at each other, trying to make sense out of Martha’s confused chirruping.
After meeting blank looks all around, Martha blurted, “I mean, that’s good . . . isn’t it? For the family?”
The room remained deadly silent as Martha’s cheeks flamed red.
There was a rumble as Walter cleared his throat. “Why would the police come?”
“Why, to arrest someone.” Martha sounded surprised—as if he had asked something that was completely and absolutely self-evident. She stared at Walter, as if he and he alone could straighten everything out. “Isn’t that why they’re doing an autopsy? I mean, don’t they always do an autopsy when someone has been murdered?”

~You can find out more about Marlene Bateman at www.marlenebateman.info.
Posted by Christy at 10:10 AM