Emblem of Eternity by Angela Corbett

So, I haven't read these books, so I can't vouch for them. But Angela is a part of the Dauntless Author's group with me, and I expect great things! 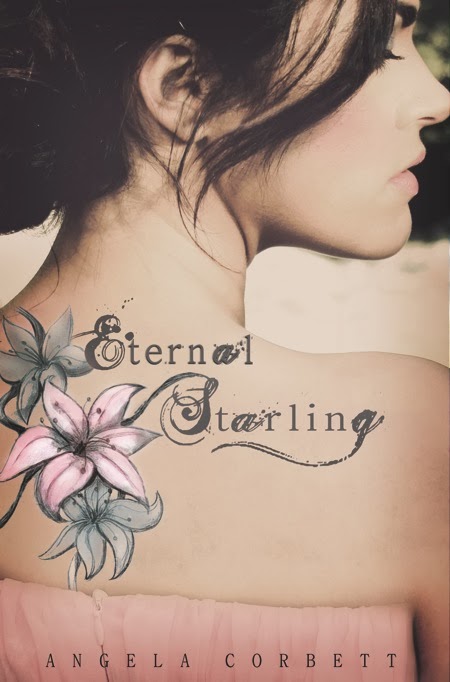 A love so strong, even eternity can’t separate them.

Evie Starling has lived a relatively uneventful life hanging out with friends, gossiping about boys, and driving her 1966 Mustang. All of that changes when she moves to Gunnison, Colorado, to start college and meets two mysterious men.

For centuries, Alex Night and Emil Stone have yearned for Evie—but they each have their own reasons for wanting to be with her. When both men claim to be her soul mate and tell her about an unbelievable past, Evie learns that she’s not the person she thought she was. Soon, Evie finds herself in the middle of an age-old battle between the Amaranthine Society—the soul protectors, and the Daevos Resistance—the soul destroyers. With a past she doesn’t understand, and a future rife with danger, Evie has to decide who she can trust. But Alex and Emil aren’t the only ones who want Evie, and her soul is about to become the rope in an eternal tug-of-war.

She thought she stopped the evil.

She thought she was safe.

Everything she thought was wrong.

Almost four months have passed since Evie Starling learned she was a Tracker and helped defeat a Daevos Clan that was taking others like her—but that wasn’t the end of the abductions. As an unknown evil emerges, Evie vows to help solve the mystery of the missing Trackers, regardless of the risk.

With new powers she doesn’t understand and can’t control, she turns to Alex and Emil, her two soul mates, for help. But her feelings for them both are tearing her apart.

As the world around her is thrown into chaos, Evie is confronted with what could be a destiny-altering truth. Will she accept her history, her memories, and her role in this life, or choose to ignore the echoes of her past?

I took a deep breath as I came
out of the memory. I was getting better at keeping my flashback reaction less
noticeable, but I still steadied myself against the gate. Alex noticed. “Are
you okay?” he asked.
I nodded,
my breath less ragged. “I’m fine.”
“Are you
sure?” He came over and stood behind me, a commanding presence. His hands were
a gentle weight on my arms as he turned me toward him. At first, he seemed to
be looking for signs of distress, but as our eyes caught and held, I knew his
thoughts were in other places, and mine were headed there, too. His hand
slipped feather-light over my arms and down until they rested above my hips.
Like I was
having some sort of out-of-body experience, I watched as my hand went up to his
face, tracing the line of his jaw. “We shouldn’t be doing this,” I said in a
very unconvincing way.
It wasn’t that I didn’t mean
what I said. I did. And I still had enough blood flowing to my brain to
vocalize it. But I was having a hard time convincing my rational side I
shouldn’t be making out with Alex. Especially when my rational side was
practically screaming that I’d kissed Emil last night and to be fair, I should
also make out with Alex. My rational side told me I wouldn’t want a
double-standard. My rational side had lost its mind.
“Why?” Alex
asked, inching slowly closer, his eyes dark in a way that made my legs feel
like pudding.
There were
so many possible answers to that question, with reasonable arguments why we
shouldn’t proceed, that I wasn’t sure which to choose. I started with, “What if
the bracelet doesn’t work?”
Alex
glanced down at my bracelet, giving a very slow smile I could only describe as
predatory before eying me like he was preparing for an attack. Apparently a
couple of centuries of sexual frustration will do that to you.
“It will,” he answered, still
moving toward me.
“How can
you be sure?”
Alex’s
mouth curved slightly in a smile part rapacious, part entertained. “I’ve been
waiting a long time for a
relationship with you, Evie. And for everything that comes with it. I wouldn’t
have given you the bracelet if I wasn’t sure it would work. I gave it to you
because I intend to put it to use.”
Sheesh!
Judging by his dark, focused gaze, I knew he wasn’t kidding.
“I don’t
think it’s a good idea.” I shook my head, like that would emphasize my argument
and stop his sultry advances. It didn’t.
His arms went around me tight,
pulling me to him. My chest crushed into his, the hard planes of his stomach
obvious even through our clothes. He stared down at me, not loosening his
embrace. My breath was shallow as I stared back, wondering how long it would be
until we both lost all common sense. He moved his lips over my cheeks, the soft
skin brushing wispy strokes over my face. When he got to my ear, he took the
soft pad in his lips and nipped lightly, then whispered one word. “Why?”
Why? Why what? Had there been a
question? I fumbled around in my head for what we’d been talking about. Oh.
That’s right. Bad idea. This is a bad idea. Why is it still a bad idea? What
was my list again? I did more fumbling and found one. “What about Emil?”
I felt Alex tense, his shoulders
becoming taut under his shirt. “He’s not invited to this conversation.”
Geez! Alex had always been
overbearing, but apparently when it came to sex, he was not only overbearing,
but alarmingly primitive. Again, I attributed the aggression to decades of pent
up frustration.
“Don’t you think he’ll be
pissed?”
Alex kept kissing down my neck,
and I moaned. His hands moved around to my stomach, unzipping my coat. He
quickly discarded it on the ground.
“We all agreed to the rules,”
Alex said, his hands moving lightly under my sweater, inching it up ever so
slightly. I’d never been addicted to anything, but imagined this was how
addiction started. A little at a time. Alex pulled my sweater over my head,
then kept kissing back up my neck and along my jawline. “We’re not doing
anything wrong.”
I looked at where our hands
were, and the clothes slowly making their way to the ground. We were about to
be doing things that were wrong in a very good way. “I guess it depends on your
definition. Emil would think this is seriously wrong.”
The muscles at Alex’s jaw
ticked, his eyes glittering with a combination of passion and anger. “I told
you,” he said, moving swiftly, one arm sliding under my thighs, the other
around my back. He lifted me, cradling me in his arms, and walked down the row
of stalls to an empty stall at the end of the barn. Fresh hay was scattered in
large mounds, creating a soft bed on the ground—albeit a scratchy one, but
better than the dirt floor. He laid me down gently in the hay then straddled
me, the years of want and need, written across his face. “We’re not talking
about him.” With that, he was on top of me, the kiss aggressive. I could feel
my soulmark burning, and my bracelet seemed to be giving off heat as well. If
this kept up, I wouldn’t be surprised if the whole barn burst into flames.

Angela Corbett graduated from Westminster College with a double major in communication and sociology. She started working as a reporter when she was sixteen and won awards for feature, news, and editorial writing. She has also done freelance writing. In addition to writing, she works as a director of communications and marketing. She loves classic cars, traveling, cupcakes, and U2. She lives in Utah with her extremely supportive husband and their five-pound Pomeranian, Pippin, whose following of fangirls could rival Justin Bieber's.