A Change of Plans by Donna K. Weaver

Do you just love this cover! It's fantastic! I love the emotion and the sense of impending doom. I'm tickled to be on the A Change of Plans blog tour for Donna K. Weaver. I can't wait to read this book. Pirates, romance, a cruise? Sounds like fun.

When twenty-five-year-old Lyn sets off on her cruise vacation, all she wants is to forget that her dead fiancé was a cheating scumbag. What she plans is a diversion uncomplicated by romance. What she gets is Braedon, an intriguing young surgeon. He's everything her fiancé wasn't, and against the backdrop of the ship's make-believe world, her emotions come alive. Unaware of the sensitive waters he navigates, Braedon moves to take their relationship beyond friendship—on the very anniversary Lyn came on the cruise to forget. Lyn's painful memories are too powerful, and she runs off in a panic. But it's hard to get away from someone when you're stuck on the same ship. Things are bad enough when the pair finds themselves on one of the cruise's snorkeling excursions. Then paradise turns to piracy when their party is kidnapped, and Lyn's fear of a fairy tale turns grim. 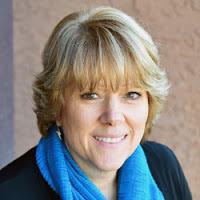 Donna K. Weaver is a Navy brat who joined the Army and has lived in Asia and Europe. Because she sailed the Pacific three times as a child, she loves cruising and wishes she could accrue enough vacation time to do more of it with her husband. Donna and her husband have six children and eight grandchildren who live all over the world. At fifty, Donna decided to study karate and earned her black belt in Shorei Kempo. After recording city council minutes for twenty years, Donna decided to write something a little longer and with a lot more emotion--and kissing. Facebook | Goodreads | Twitter | Website


Rhemelda publishing is giving away 5 copies of the ebook to five lucky people. All you have to do is enter:

a Rafflecopter giveaway
Posted by Christy at 12:00 AM