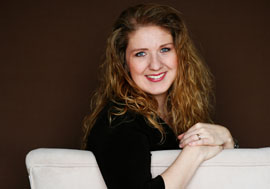 How much fun is a cookbook that is dedicated solely to chocolate?  Annette answered some of the questions I had about her book, Chocolate Never Faileth.  I think you will find it interesting.

Your other books are fiction, what inspired you to make a cookbook?


I've always been a bit of a chocolate nut, but when I began working as assistant director for the Utah Chocolate Show in 2004, my interest spiked. I learned a lot about melting, storing, using, and baking with chocolate. I'm a writer, so making a cookbook was a logical step.

Who will enjoy this cookbook?

Any chocoholic, for sure. But also anyone who might be a little scared of the kitchen or of baking with chocolate. I made a point of having delicious recipes that were also doable. You don't need a culinary degree to make tasty treats. 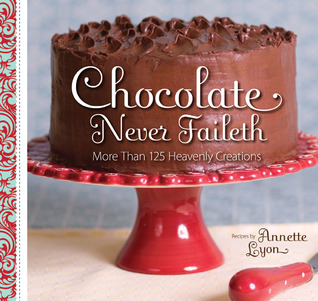 Where did the recipes, quotes and cute stories come from?

I already had quite a few recipes, but I did a lot of research for more, seeking out inspiration from a lot of sources. For example, I found a couple of recipes that called themselves "chocolate pecan pie," but the only way they differed from regular pecan pie was the addition of chocolate chips. So I used my novelist curiosity to take it a step further by asking "what if . . ." In this case, that meant, what if the pie's syrup was chocolate based? So I experimented and came up with a great-tasting recipe.

While working for the Utah Chocolate Show, one of my jobs was writing the weekly e-letter, which required me to find fun chocolate quotes and anecdotes. I was able to use a lot of those in the book. And it helps that I have chocoholic friends and family; many of the stories are from them.

Can you tell us what it was like to test all of the recipes for the book? Did you have any disasters when you tested the recipes?

It was five intense months. Some recipes worked great right out of the gate, while others . . . didn't. Several recipes required multiple tries to get right. One recipe in particular gave me hair-pulling fits. I almost gave up on it but tried one more time--and it turned out beautifully. I literally danced around the kitchen after that one!

Did you take the photos that are featured in the book? If so, how did the process go?

The photos were all taken for the book--there's not a single stock image in there. Covenant hired a photographer, and we had something like 2-3 shoots a week for 6 weeks. It was crazy trying to make foods all over again (pretty this time!) plus round up dishes that matched the color scheme of the layout and more. It was a stressful patch, but the end result was worth it! The photos are gorgeous, and it's fun to look at them and be able to point out my cousin's mug here, that dish I own there, and so on.

Were there any challenges that you didn’t foresee in making a cookbook?

It was more time-consuming than I expected. I assumed I could successfully test two or three recipes a day--but while I could make that many things, there was no guarantee the I'd have two or three successes every day! The photo shoots were also a surprise, and a new kind of challenge, having to think of food in visual terms was something I'd never done before.

How did you get the cookbook published-did you query the publisher with the idea first or compile the recipes and stories and then submit it?

I was in an unusual position in that I already had a publisher with seven prior novels, so I could approach them in advance. Before I tested a single recipe, we talked about the idea, so I knew ahead of time that they had an interest in the project. Their excitement about it helped keep me going!

Do you have plans for any future cookbooks?

I have a couple of possible ideas clattering around the back of my mind for other cookbooks, but I'm a novelist first, so I don't know what the future will bring!

What is your favorite chocolate recipe?

That really depends on the day and my mood. Sometimes I crave my Jumbo Rocky Road cookies, other times a simple brownie. Lately it's been French Silk Pie. I'm game for almost any form of chocolate!

Thanks Annette!
Posted by Christy at 5:32 PM